National Gallery of Art: Master Paintings from the Collection

Degas at the Opera

The Complete Calvin and Hobbes 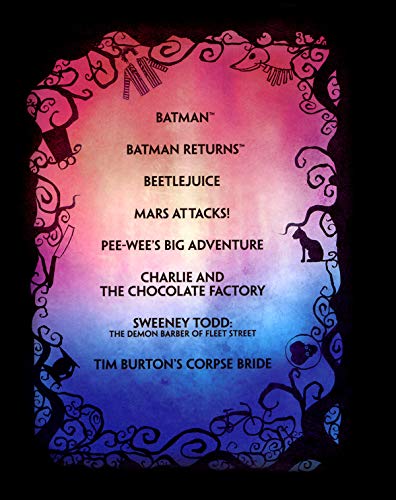 Batman (1989)
In Gotham City, a dark knight known as Batman helps to defeat evil and keep the city’s citizens safe.

Batman Returns (1992)
In this, the second Batman movie, megalomaniac businessman Max Shreck sets a plot against Gotham City in motion.

Beetlejuice (1988)
After Barbara and Adam Maitland were killed in a car crash, they find themselves trapped as ghosts in their beautiful New England farmhouse.

Mars Attacks! (1996)
It is a normal day for everyone, until the President of the United States announces Martians have been spotted circling Earth.

Pee-Wee’s Big Adventure (1985)
The love of Pee-wee Herman’s life is his bicycle.

Sweeney Todd: The Demon Barber of Fleet Street (2007)
After hard years in exile for a crime he didn’t commit, Benjamin Barker, now Sweeney Todd, returns to London to find his wife dead and his daughter in the company of the judge that exiled him so many years ago.

Be the first to review “The Tim Burton Collection” Cancel reply